Posted at 10:21h in News, Uncategorized by Dharmendra Satapathy 0 Comments

The owner of Britain’s biggest steelworks has boosted the survival chances of the Port Talbot plant by committing to stabilising its ailing UK business.

The group executive director of Tata Steel, Koushik Chatterjee, said the company is focused on turning around its UK operations as the company published its financial results.

Chatterjee said Tata Steel’s performance had improved significantly over the past year thanks to cost cuts, more efficient use of its plants and the cheap pound. 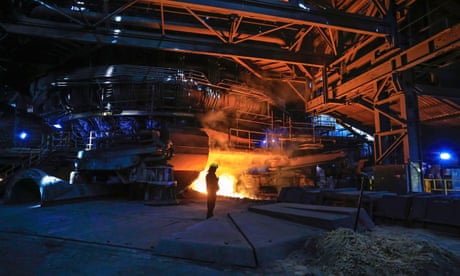 In the most positive comments about the future of the UK business since Tata Steel launched a review of the operations in March, he added: The company will strive to continue to focus on the improvement in the European performance with special focus to make UK structurally sustainable and de-risked to future external volatility.”

Tata Steel said the talks with German company ThyssenKrupp about a merger of their European steel operations are continuing, as are negotiations over the future of the British Steel pension scheme with trustees, the Pensions Regulator and the government.

But Chatterjee’s comments suggest that Tata Steel is paving the way to keep its UK business – whether the merger with ThyssenKrupp goes ahead or not – and try to turn around its performance.

The future of Tata Steel UK and its 11,000 workers has been in doubt since its Indian owner announced the review, amid mounting losses and heavy debts.

The latest financial result for the European arm of Tata Steel show revenues in the three months to the end of September fell from £1.5bn in the previous quarter to £1.4bn, but underlying profits rose from £90m to £116m. The fall in the value of the pound has boosted the profitability of the UK business. It has made exports more valuable and imports to Britain from rival steel providers less competitive, although this benefit has been partly offset by an increase in costs because key raw materials such as iron ore and coal are bought in dollars. 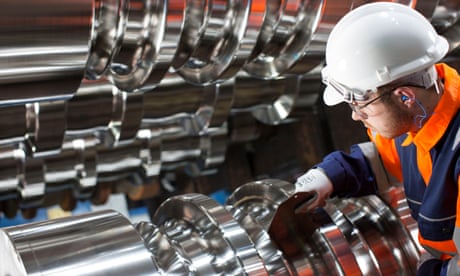 Tata Steel declined to publish the financial results of the UK arm, which was losing more than £1m a day earlier in the year but is now understood to be performing significantly better. However, Tata Steel sources insisted that the UK business could not rely on a weak pound to be competitive and needed to make significant changes to be sustainable.

Ratan Tata, the interim chairman of Tata Group – Tata Steel’s Indian parent – aims to make a final decision about whether to keep its UK steel business or sell it off within the next few weeks.

The UK business is only likely to be included in the ThyssenKrupp deal if the pension scheme can be restructured. Tata is also in the process of selling its speciality steels business, which is based in the north east of England and employs 2,000 people. The company has shortlisted bidders, who are now conducting due diligence.

The British Steel pension scheme remains a major obstacle to the future of Tata Steel UK. It has liabilities of more than £15bn and 130,000 members, making it one of the biggest retirement schemes in the country.

Earlier this week, Stephen Kinnock, the Labour MP for Aberavon, which includes the Port Talbot steelworks, said it would be an “absolute disgrace” if Tata closed the scheme and said the Indian company had “moral and social responsibilities”.